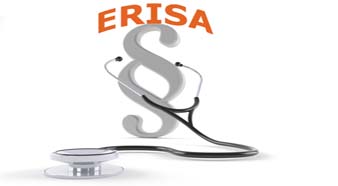 In a significant ruling for providers and patients, a three-judge panel of the U.S. Court of Appeals for the Second Circuit unanimously reversed a district court and ruled that third-party benefits administrator UnitedHealth Group can be sued under the Employment Retirement Income Security Act (ERISA) for violating a federal law requiring equal coverage for mental health treatment.

On August 20, 2015 a panel of judges for the 2nd U.S. Court of Appeals ruled that UnitedHealth Group, as a third-party administrator has “sole and absolute discretion” to deny benefits and makes “final and binding” decisions as to appeals of those denials, for an employee health plan and as such, is not exempt from ERISA, which regulates most employer-provided health benefits.

“We ultimately reject United’s argument that it cannot be sued under [ERISA] in its capacity as a claims administrator,”

The court goes on to say “And assuming that United’s actions violated Denbo’s rights under ERISA, United is the only entity capable of providing direct relief to Denbo. We therefore hold that where the claims administrator has “sole and absolute discretion” to deny benefits and makes “final and binding” decisions as to appeals of those denials, the claims administrator exercises total control over claims for benefits and is an appropriate defendant in a § 502(a)(1)(B) action for benefits. United is such an administrator and is accordingly an appropriate defendant for Denbo’s claim under § 502(a)(1)(B). Our holding is in accord with six of our sister circuits, which have held that claims administrators may be sued as defendants under § 502(a)(1)(B).”

According to the court, “We disagree with that ground for dismissal, but only because we think that the District Court’s dismissal on this basis was premature.” The court goes on to say, “Here, Denbo’s § 502(a)(3) claims are for breach of fiduciary duty, he has not yet succeeded on his § 502(a)(1)(B) claim, and it is not clear at the motion to‐dismiss stage of the litigation that monetary benefits under § 502(a)(1)(B) alone will provide him a sufficient remedy.

The circuit vacated the dismissal of a case brought by the New York State Psychiatric Association and an individual patient alleging that UnitedHealth Group, as claims administrator, ran afoul of both the act, known as ERISA, and the Mental Health Parity and Addiction Equity Act of 2008.

Southern District Judge Colleen McMahon had initially dismissed the case, ruling the association had no standing to sue on behalf of its members and that, as a third party administrator of health insurance plans, UnitedHealth could not be sued under ERISA §502(a)(3) for violations of the Parity Act or under ERISA §502(a)(1)(B).

Lohier, writing for the circuit, said the psychiatric association (NYSPA), suing to “prevent interference with their provision of mental health treatment,” has standing because it “plausibly alleged that its claims do not require individualized proof.”

The court remanded the association’s claims for McMahon to consider whether it had stated a plausible claim for relief.

Avym is dedicated to empowering providers with ERISA appeal compliance and ERISA litigation support in all cases as well as ERISA class actions.  All medical providers and Health Plans should understand critical issues regarding the profound impact of this and other court decisions on the nation’s medical claim denial epidemic, including how to correctly appeal every wrongful claim denial and overpayment demand and subsequent claims offsetting with valid ERISA assignment and the first ERISA permanent injunction.  In addition, when faced with pending litigation and or offsets or recoupments, providers should look for proper litigation support against all wrongful claim denials and overpayment recoupment and offsetting, to seek for enforcement and compliance with ERISA & PPACA claim regulations.