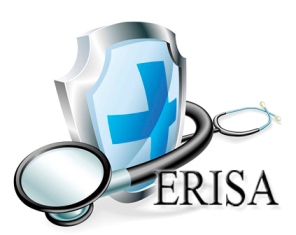 On March 24 2015, a federal district court in Houston, Texas ruled against CIGNA and dismissed all of its claims. The district court ruled in favor of out-of-network provider, Humble Surgical Hospital (HSH), by granting its motion on judgement in its entirety due to ERISA preemption, lack of ERISA fiduciary legal standing and failure to sufficiently plead remaining claims. In an interesting irony, here it was the provider, HSH, which argued for ERISA preemption and CIGNA’s lack of standing, signaling a turning point in out-of-network claim disputes.

The lawsuit is part of a larger trend in out-of-network reimbursement battles. The decision sheds light on the “out-of-network fraud” enigma and is one of a series of critical court decisions which address the typical scenario for out-of-network providers: payors refusal to pay claims which leads to “catch-all” out-of-network lawsuits seeking total overpayment refunds of claims previously paid, all based on broad and vague allegations of fraud.

Avym Corporation (Avym) advocates for new ERISA out-of-network specialist programs and litigation support services to assess, educate and comply with this court decision. Avym provides comprehensive and in-depth assessments of this and a string of other court decisions to demystify ERISA legalese for both non-lawyer healthcare providers and seasoned healthcare attorneys.

“Timely education and understanding of this court decision will bring peace, harmony and compliance to the healthcare industry”, according to Dr. Jin Zhou, President of ERISAclaim.com and national expert on ERISA compliance and appeals.

Avym’s new out-of-network specialist programs will analyze this decision in the following sessions:

I. Court’s summary of this lawsuit as part of a larger trend in out-of-network reimbursement battles:

“The plaintiffs, Connecticut General Life Insurance Company and Cigna Health and Life Insurance Company (collectively, “Cigna”), bring suit against the defendant, Humble Surgical Hospital, LLC (“HSH”), to recover alleged overpayments made to HSH for out-of-network services. The complaint (ECF No. 1) asserts various state common law claims sounding in tort, as well as claims for declaratory and injunctive relief. Alternatively, Cigna seeks equitable relief under the Employment Retirement Income Security Act (“ERISA”), 29 U.S.C. § 1001 et seq. Pending before the Court is the defendant’s FED. R. CIV. P. 12(c) motion for judgment on the pleadings, which challenges the complaint based on theories of ERISA preemption and statutory standing (ECF No. 16). The plaintiffs filed an opposing response (ECF No. 21) and the defendant timely replied (ECF No. 31). Having reviewed the pleadings, motion, responsive documents and applicable law, the Court determines that HSH’s motion should be GRANTED in its entirety.”

“CONCLUSION: Based on the foregoing analysis and discussion, the Court concludes that ERISA preempts all state claims arising from Cigna’s self-funded plans and employee benefit plans. Cigna has not alleged sufficient facts to establish standing to sue under ERISA nor has it alleged sufficient facts to establish the existence of any plan from which its non-ERISA claims arise. As pleaded, Cigna’s state and federal claims are deficient. HSH’s motion for judgment on the pleadings is therefore GRANTED and Cigna’s complaint is dismissed.”

“Based on these allegations, Cigna asserts state law claims for money had and received, common law fraud, negligent misrepresentation and unjust enrichment. Under these theories, Cigna seeks restitution of overpayments it made to HSH for “false and excessively billed services.” Cigna also seeks injunctive relief requiring HSH to disclose the referral arrangements it has made with physicians, especially those who have an ownership interest in HSH. The injunction would also enjoin HSH from charging unreasonable fees and waiving patient responsibility for its out-of-network services. Additionally, Cigna seeks a declaratory judgment that HSH’s billing practices violate various Texas statutes and that Cigna is entitled to recoup all overpayments paid to HSH. Alternatively, Cigna seeks equitable relief under ERISA, 29 U.S.C. § 1132(a)(3), “to the extent this dispute involves the exercise of Cigna’s discretion under an ERISA plan.”

Avym is dedicated to empowering providers with ERISA appeal compliance and ERISA litigation support in all cases as well as ERISA class actions.  All medical providers and Plans should understand several critical issues regarding the profound impact of this court decision on the nation’s No. 1 health care claim denial – overpayment demand recoupment and offsetting; including how to correctly appeal every wrongful overpayment demand and subsequent claims offsetting with valid ERISA assignment and the first ERISA permanent injunction.  In addition, when faced with pending litigation and or offsets or recoupments, providers should look for proper litigation support against all wrongful overpayment recoupment and offsetting, to seek for enforcement and compliance with ERISA & PPACA claim regulations.


What is not being addressed is what about the patient’s exposure for claims dismissed by Cigna vs Humble Surgical Center. This facility and the referring physician did exactly what Cigna claimed in its lawsuits. The physician bullied me into using HSH for my back surgery, vs an in-network facility within one block of my house, by insisting that they had much more advanced devices and instruments and that the success of my surgery would be in question because of the “antiquated” instrumentation at the in-network facility. Of course I found out later that he had financial ownership interests at HSC (just as Cigna claimed), a facility almost 50 miles from my house. HSH did their part, just as Cigna claimed, by guaranteeing me I have been covered at 100% and would not be responsible for anything beyond if I used an in-network facility. This past week, 3.4 years later, I just received and intimidating, inaccurate, and relatively threatening letter from HSH that I must pay the entire $55,000 balance by August 1. Is there anyone else who has gone through this and can recommend my course of action in this case?